Beginners Guide to Trading Moving Averages for the Crypto Market

This is where moving averages come into play and why they’re one of my all-time favorite trading signals for both ease-of-use and reliability.

Moving averages will really help you break down the momentum of a particular crypto coin. These averages are represented by a simple line which gives an indication as to where a coins price was and is most likely going to be, in an easy-to-see format. 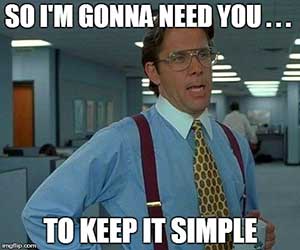 This moving average, as the name implies, is a simple line that represents the closing price of a cryptocurrency, which is averaged out over a period of time.

In layman’s terms, you simply write down the closing prices for say the last 30 days, add them all up, and then divide that total by 30. This will give you the average of that particular number set.

The only weakness behind simple moving averages is its inherent simplicity, where the data points are assigned the same weight, which affects the outcome of each one equally. This means if you have a price that is severely out of range, compared to the other price points, this can skew the simple moving average line, which in turn can give you inaccurate results.

Let’s look at an example for context…

Say the first four days of price action was at $3, $4, $4, $5, and then a whopping $25. The simple moving average line would then be centered on the average of $8. As you can clearly see, this major movement in price tends to greatly disrupt the averages.

Don’t worry; I cover a strategy further down this guide utilizing the exponential moving averages alongside simple moving averages, that will help facilitate the correction of this issue.

For now, let’s discuss the 3 most common types of simple moving averages.

A 50 day moving average measures the short-term market confidence. This moving average is consistently used by swing traders, due to its accurate representation of the market during a 24 hour period.

Also worth noting, when candlestick formations are moving between bullish and bearish sides of the 50 day moving average, this indicates a “ranging period” where the market is undecided where it wants to go. Trading during these ranging periods is much riskier than trading in a substantiated trend (bear or bull trend).

As you can imagine, trading alongside a trend is much more predictable than trading sideways where the market sentiment has yet to be determined.

What’s interesting about the 50 day moving average is that it’s sensitive enough to show large institutional buys or selloffs. These price movements are recorded more accurately on this shorter-term moving average.

As you might expect, the 200 day moving average is a crucial gauge for longer-term trends. This is what you would call the “big picture” or “birdseye view” on how a particular market is doing.

This moving average is not going to tell you where to place a buy or sell order on a day or swing trading basis, however it will let you know whether you need a hold on to a cryptocurrency for a while or if you should start thinking about exiting the market.

I typically use the 50/200 SMAs cross to get an overall feel for where the market is currently and the direction it will be headed when swing trading. I cover more on this strategy below under “The CCJ Moving Average Strategy”.

The Golden Cross is defined when the line of a short-term moving average crosses a longer-term line. This cross indicates that a bullish or bearish breakout is imminent. You can look at the cross as a warning of what’s to come (think red alert).

The reason I use the 200 MA as opposed to the 100 is due to the fact that there is a much larger separation between these 2 moving averages. The 50 and 100 MAs tend to overlap one another.

It’s important to note that bearish or bullish sentiment is soon approaching once these two lines move closer together. You don’t always have to wait for a cross, but it is preferred for confirmation.

Next let’s talk about one of the most utilized moving averages for both day and swing traders alike.

This moving average, also known as EMA, is built upon a “linear weight” moving average. It includes an exponential multiplier which is calculated by a rather complex equation. No need to bore you with all the mathematical details. All you need to know is that it assigns more importance to recent price movements, thus allowing a trader to get a better idea of where price momentum is headed.

Swing traders typically use the 5, 10, 20, and 50 day exponential moving averages for their trades. The most popular being the 20 and 50 EMA crossovers which generate quick buy and sell signals. These are the moving averages that I tend to use for my daily trading as well as the 50 and 200 day SMAs.

I’ve used a wide variety of moving averages during my long and arduous cryptocurrency trading career. The ones that I typically tend to rely on the most and have had the most success with are the…

I don’t recommend using these on time frames below five minutes. You can use one or both of these moving average pairs, however if I had to choose just one I would use the 50/200 SMA.

Like always, a picture is worth 1000 words, so I’ll give you a few examples and setups of each.

Let’s Wrap This Up…

Using these moving averages in combination with indicators, candlestick formations, and charting patterns can provide you with a remarkable trading strategy as well as clear-cut entry and exit signals which will have you winning the majority of your trades.

As always, leave a comment below and let us know if you have any questions. 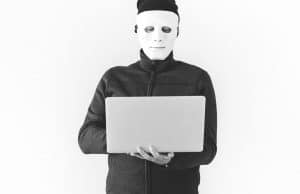 Cybercriminals have targeted the site of one of the most popular children’s foundations in the world and infected it with crypto mining malware. In a report Published this week by researchers from security firm Trustwave, a 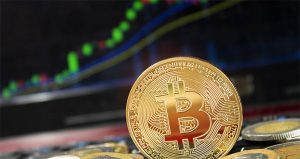 Bitcoin on Wednesday challenged new highs as price against the US Dollar surged 1.42 percent within a few hours. CHART FROM TUESDAY NOVEMBER 7, 2018 | SOURCE: TRADINGVIEW.COM The BTC/USD pair built upon the near-term 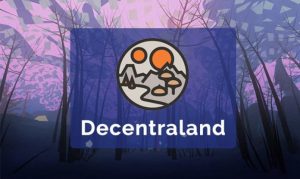 Using Crypto to Take out a Real Mortgage on Virtual Land

It’s not Thursday, but this story sure feels like a throwback to headlines from last year’s cryptocurrency mania: crypto enthusiasts have begun using their tokens to take out real mortgages on virtual land. Decentraland & 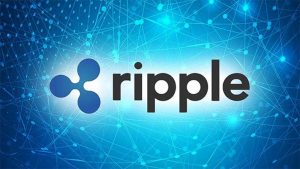 Ripple (XRP) on Tuesday established a bullish setup after rising more than 10 percent against the US dollar. The pair broke above the October peak to set a new one-month high at 0.569-fiat. It was previously 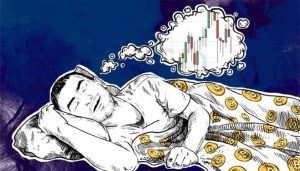 Bitcoin has been unusually stable in recent weeks, and the decrease in volatility has now reached historic levels in the futures markets. Bitcoin Volatility Hits Record Level in Futures Markets That’s according to Kevin Davitt, 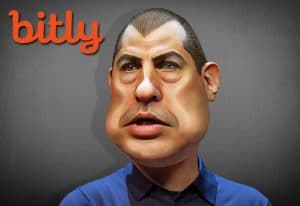 Andreas M. Antonopoulos, the author of “Mastering Bitcoin” and a self-proclaimed “computer geek” who has dedicated his career to bitcoin, has a bone to pick with Bitly, the web-link shortening service. Bitly has seemingly blacklisted cryptocurrency 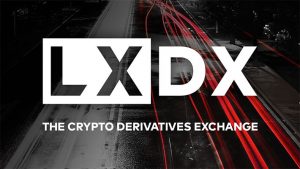 LXDX, the high-speed cryptocurrency exchange founded by a former SpaceX engineer, has announced that it will issue stock through a security token offering (STO). Institutional Crypto Exchange to Issue Stock on the Blockchain LXDX, which 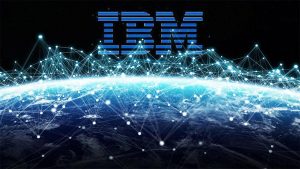 IBM has filed a patent for a blockchain-based system which will prevent players of augmented reality games entering physical spaces that are undesirable. They cite as examples “high-risk locations, culturally sensitive locations, locations marked by property owners.” 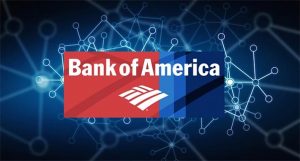 Recent times have seen banks hedging their bets or even fully integrating cryptocurrencies. The acquisition and filing of patents is how large organizations truly express their interest in a given field, and Bank of America continues 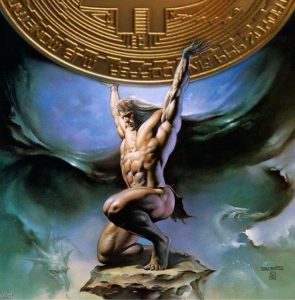 Bitcoin (BTC) turned ten on Oct. 31, but there were no fireworks to mark the celebrations: the cryptocurrencies continue to trade in a tight range. Arthur Hayes, CEO of BitMEX, believes that the current period of low volatility can 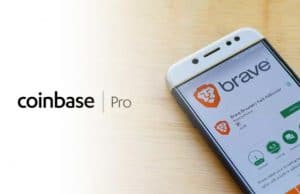 Coinbase has just announced that trading of the Basic Attention Token is soon to be enabled on the Coinbase Pro platform, and deposits of the token are now being accepted.  Trading in the token — which runs on Ethereum 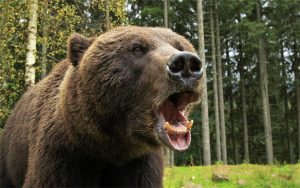 BitMEX CEO Doubles Down on Bear Call, Says BTC Could Fall to $2,000

What a difference a few months can make. It seems like a lifetime ago that Arthur Hayes, CEO of cryptocurrency derivatives platform BitMEX, predicted that the bitcoin price could reach $50,000 in 2018. In fact, it has 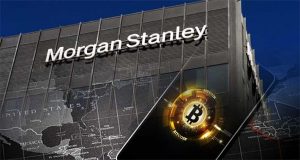 There is a rapidly growing interest in bitcoin and other cryptocurrencies among institutional investors while there seems to be lethargy in the number of retail buyers operating within the space. As such, bitcoin and altcoins now constitute a new

Retired US Congressman Ron Paul, a one-time bitcoin skeptic, called for a tax exemption on all cryptocurrencies, saying the move could prevent an economic recession. Ron Paul, the father of current United States Senator Rand Paul, 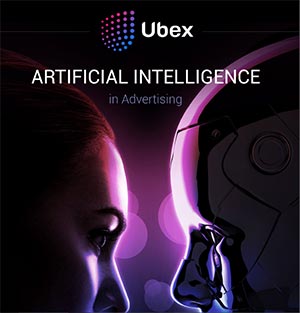 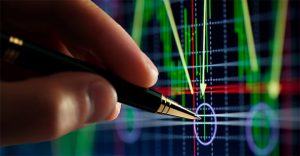 How to Trade Cryptocurrency Candlestick Patterns Like a Pro 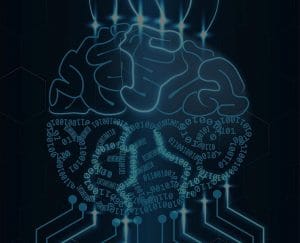 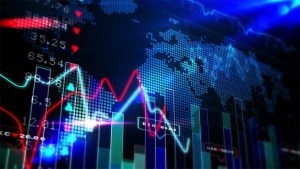 Beginners Guide to Trading Moving Averages for the Crypto Market 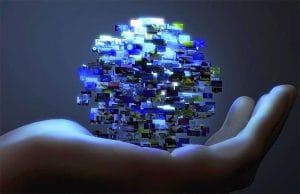 Essential Cryptocurrency Trading Tools for 2018 & Beyond

The weekend That Was in crypto 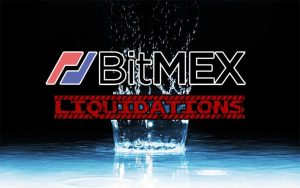 Bitmex Liquidations: How to Avoid Getting REKT

Essential Cryptocurrency Trading Tools for 2018 & Beyond 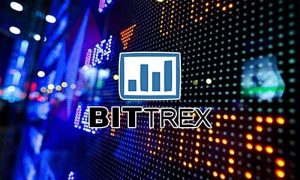 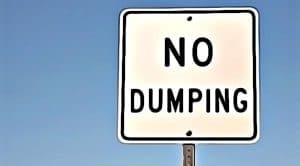 Crypto Pump and Dump Groups – A Warning From the Dark Side 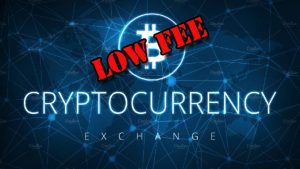 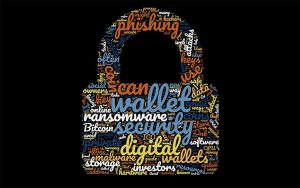 How Air Gap Technology Will Secure Our Cryptocurrency Assets 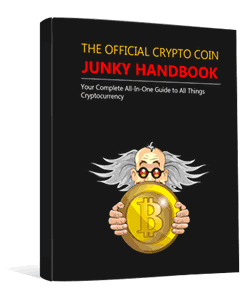 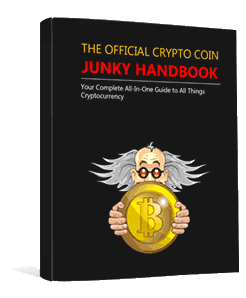